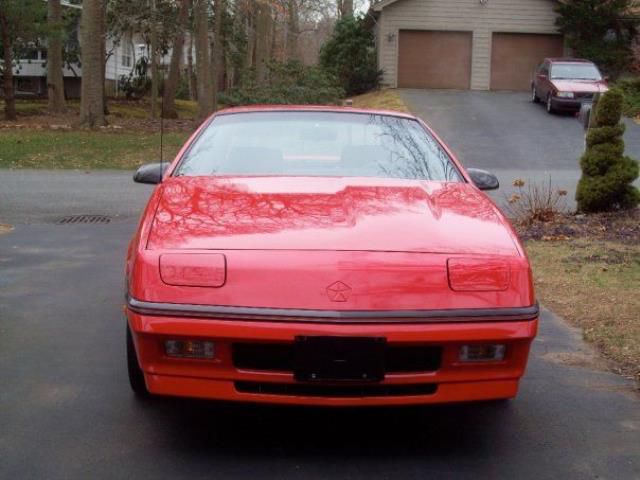 This is a true survivor car with just over 19,000 miles. I purchased it in 2009 from a collector and it has been driven very little since. The car is completely original -- including the Goodyear Gatorback tires. It has never been modified or restored. The original red paint shines like new, there is just one dime-sized ding on the hood. The car has a gray interior with power leather seats. I have the original window sticker, build sheet, manual. The headliner is beginning to sag. I have owned this car for five years and have only driven it in the summer on perfect days -- it has never even seen rain. I am selling because I don not have enough time to enjoy this car. 5 speed manual transmissionIntercooled turbo2.2 liter 4-cylinder174 horsepowerFront-wheel drive4-wheel disc brakesPower windowsPower mirrorsPower door locksAir conditioningPower steeringPower brakesAM/FM radioCassette