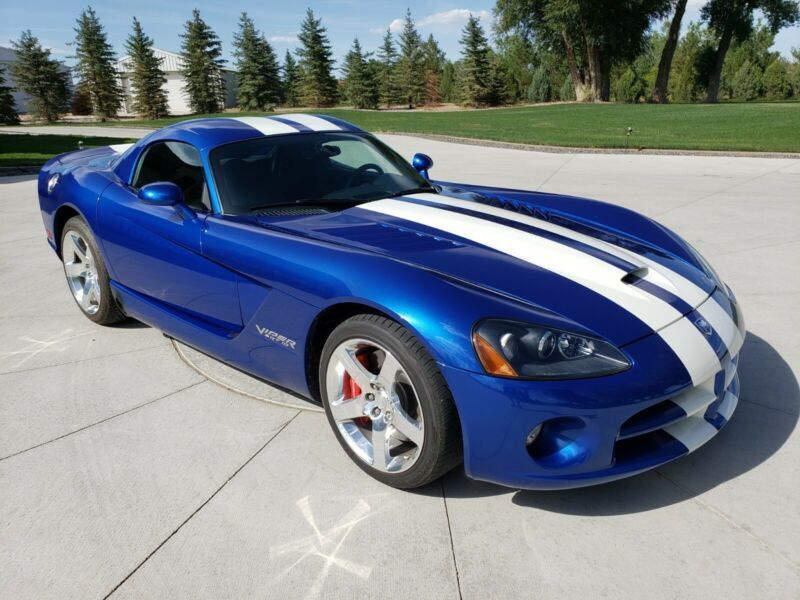 2006 Dodge Viper GTS SRT10 First Edition One owner.Blue with White stripes. 10523 original miles. One of 200
Built. This is a beautiful original condition car. The paint is in excellent condition. Absolutely no
modifications! This is the car in all the collections. Comes with original window sticker, and factory car cover.
This Viper has never seen the track.