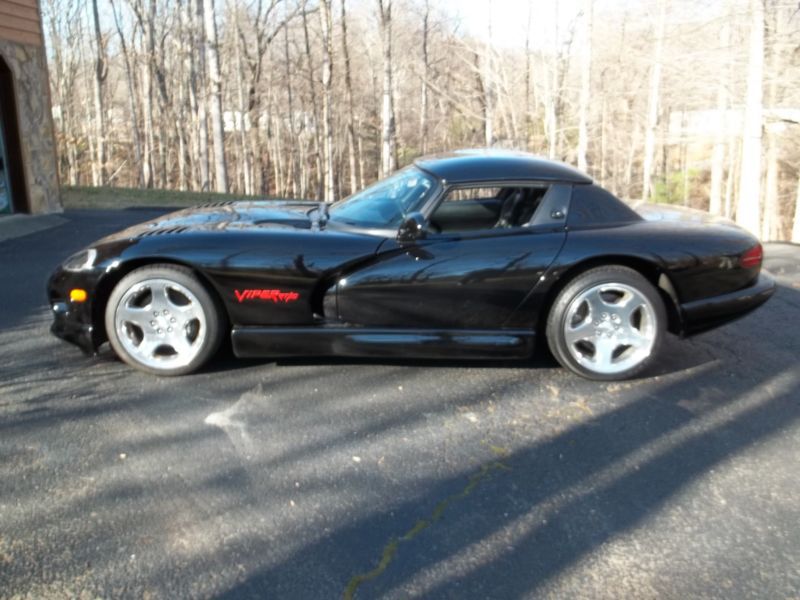 Please email me with any questions or requests for additional pics or something specific at: theodorajeanmard@juno.com .

Check out this SUPER NICE 2000 Dodge Viper R/T 10.
It is in great shape! It is totally stock! This Viper was bought out of a collection and has always been
excellently maintained and always garaged. Only 1500 miles a year have been put on the car. It has ONLY 23000
actual miles! The car is Black over Black leather. I'm not going into great details on this car due to I Cant think
of a bunch of stuff to say. The Car is just in EXCELLENT SHAPE. The Black paint show perfect. The interior has no
issues. Everything on the car functions on the car as it should (gauges, switches, stereo, lights, alarm, etc.) The
engine is the super strong V10 / 450HP! and extremely well maintained. The transmission shift smooth and tight. The
car is equipped with STROBE LIGHTS, CD CHANGER, and Chrome Factory Rims. The tires are close to new. Car comes with
a clean carfax. It truly has no issues I can even think of. The car just needs a NEW HOME! Theirs really nothing
left to say. This is just a GREAT garage queen. As I said before the car as only been drivin 16 miles in the past.