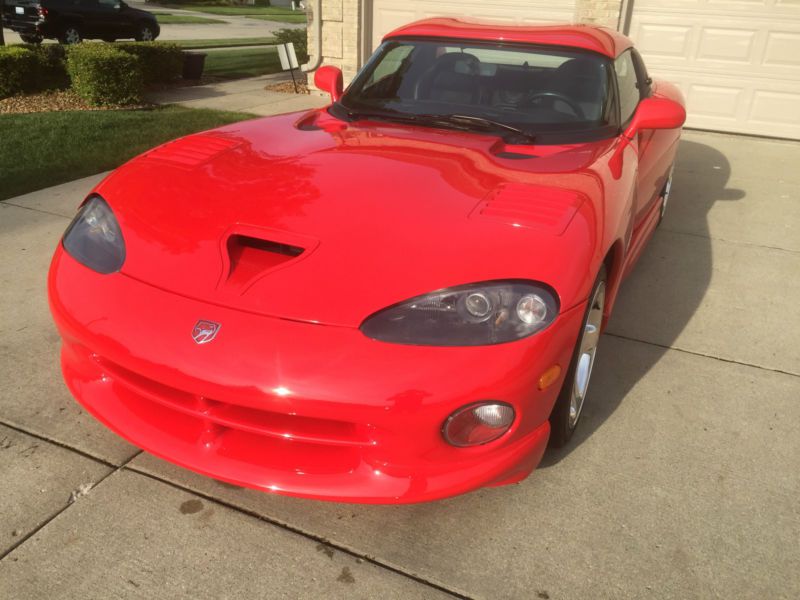 If you have more questions or want more details please email : takishatcczach@ukstars.com .

For Sale 1998 Dodge Viper RT/10. The car has never been raced and never been modified. This car was driven less than 2,000 miles a year to car shows and cruises. This car looks and drives like new. This Car has never seen rain! Comes with a factory hard top and soft top that has never been used.
Also comes with cock pit cover never used. Interior and Exterior are in near Mint Condition. If you are looking for near mint Gen 2 Viper this is it. If you want the best of both worlds coupe and convertible an RT/10 is the way to go! Clean title and has never been in an accident.