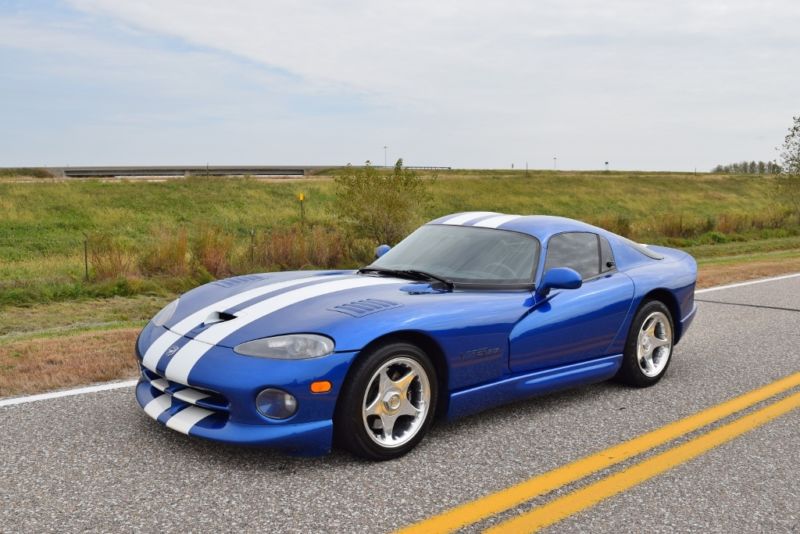 If you have any questions or would like to view the car in person please email me at: ulrikeubbunge@rpgfans.com .

Up for sale is my all original 1997 Dodge Viper GTS in the iconic blue with white stripe color scheme. It is no
surprise these cars are appreciating in value, they turned the automotive world on its head when they debuted.
Still to this day, the Blue/White 96/97 GTS is THE car people think about when they think of a Dodge Viper. The 97
cars were improved upon with a better interior and forged vs cast wheels. My car has 15100 pampered, original miles
and is in excellent condition mechanically and cosmetically. The only reason I'm selling it is to be in a position
to add a Murcielago to the garage. The only imperfection is a factory defect you will find with every original GTS
that has not had prior bodywork....side sill bubbling. On top of each side sill where it meets the hood, there are
a couple of raised sections that occur from the heat of the exhaust. I have chosen not to have them fixed as I
prefer my cars to be as original as possible. As such, I have put the original fuel door on, instead of the MGW one
pictured. Tires have over 80% tread life. Engine, transmission, clutch and brakes all operate exactly as they
should. I am not interested in trades.