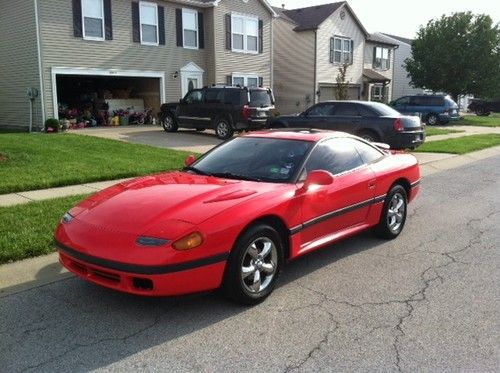 Condition: UsedA vehicle is considered used if it has been registered and issued a title. Used vehicles have had at least one previous owner. The condition of the exterior, interior and engine can vary depending on the vehicle's history. See the seller's listing for full details and description of any imperfections.Seller Notes:"Some of the clear coat is coming off in a few small area's, there are a few rust spots and scratches but overall it still looks good for it's age."

This car runs good and looks very sharp. It has power locks, power windows, power lights, air conditioning, and sunroof. The interior is in great shape as well. It has 191,076 miles on the car itself, however we just replaced the engine with an engine that has 83,000 miles on it that came from a 95 Dodge Stealth. We also replaced the automatic transmission with a transmission that has 125,000 miles on it that also came from a 95 Dodge Stealth