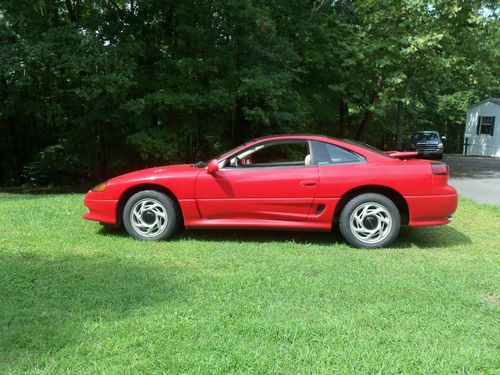 Condition: UsedA vehicle is considered used if it has been registered and issued a title. Used vehicles have had at least one previous owner. The condition of the exterior, interior and engine can vary depending on the vehicle's history. See the seller's listing for full details and description of any imperfections.Seller Notes:"Front and rear bumpers and spoiler are faded. driver seat has wear on door side seat bolster."

This car has been a daily driver until I bought a new car. It has fairly new tires, new battery, alternator, plugs, wires, ignition module, harmonic balancer, and timing belt tensioner. It will soon need a timing belt replacement. I have an aftermarket Pioneer stereo installed with a 6 CD changer and a power amp. Vehicle is in very good condition overall. I will send pics of any type that you would like to see to your email upon request. I can be contacted at rock2461@yahoo.com or by phone @ 434-219-1248. Car is sold as is. Only cash, cashiers check or money orders are accepted. Vehicle must be picked up within 10 days of auction close unless other arrangements are made.