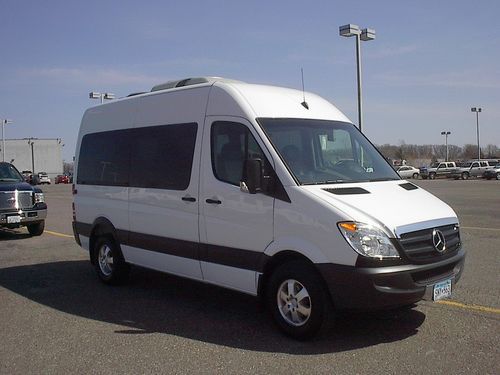 A great vehicle that has been fully checked out by our mechanics and will welcome that it be checked out by yours too!  This is a RARE find that has all the seating present in the pictures and cool options too!  Easy in and out doors to make a fun outing even better!  The rear nine seats are individually removable to customize the setting.  This van is in great condition and will create great memories for the next owner.  Please call 763-843-1510 for any additional questions.

This vehicle was in an accident on 4/13/2010.  It was hit in the right front corner and there is no evidence of this accident remaining on the vehicle.  The rear screen is for a DVD player that is stock on the Sprinter.