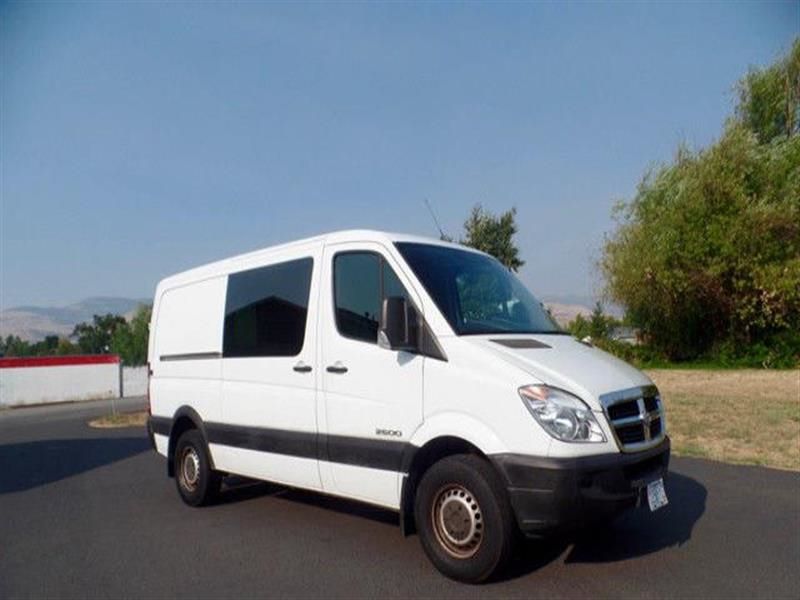 Message me at : marnasgasm@asia.com Up for auction is a 2007 Dodge Sprinter that has been in my family since almostnew. We bought it in 2007 from the Dodge Dealership with like 900miles on it. Webought to be used for a moving company for my brother which ended up not workingout. I got it from him in 2009 and I used it for a daily driver for the last 8years. The last year or so it started to loose power when going up hill. I havelearned that if I switch the gears manually that it kicks the power up a bit. Iknow longer drive it so I want to sell it.This can still be driven every day theway it is now. It gets up to at least 70mph. It will go up hill and down. Wehave no real sprinter mechanics in my area so I do not want to deal with theproblem. It also has a tire and brake sensor needing to be replace which isabout $75 at the tire shop (it just doesn't bother me) all this does istells you if your tire pressure is low and the brake sensor came on a while agobut has not made driving or stopping any different. I know its not the best wayto think but it doesn't bother me. The van stops just like has always done.I realize that this van will need some money put into it to make it function theway it is supposed to so this is why the starting price will reflect this. Iwould say $1000 would fix everything. Thats just a guess I really have no clue,but I use the van daily and go almost every were in it so I cant imagine its tobad. The van has a scratch on the side and a sun blister of some sort on theleft fender all shown it the photos. It does have normal wear and tear it'snot a perfect car, but over all I think its pretty nice for a cargo van. Thepaint shines and Im sure there is a little dent here and their but nothingmajor. The chrome trim on the hood is loose and two tires need to be replaced. Ihave a local shop that has two good used ones for $79 per tire if you want I cantake care of that for the