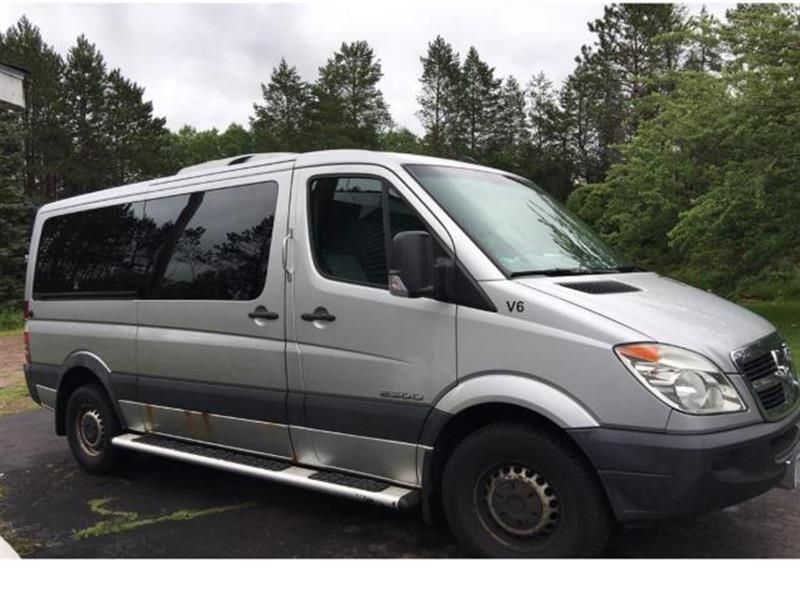 Contact only by mail : SheilaPathak21@yahoo.com 2007 Dodge Sprinter Passenger Van. 10 passenger seating. 2500 V6 GAS engine.Runs and drives good. 95,500 miles. Was previously owned by a school district.We have had it for over a year and it has run good. Lots of room for kids andall their stuff! Title does have a lien, lien release will be provided ASAP.Will pay off loan as soon as payment is received and cleared the bank. Sold AsIs with no warranty. Please email with any questions or for