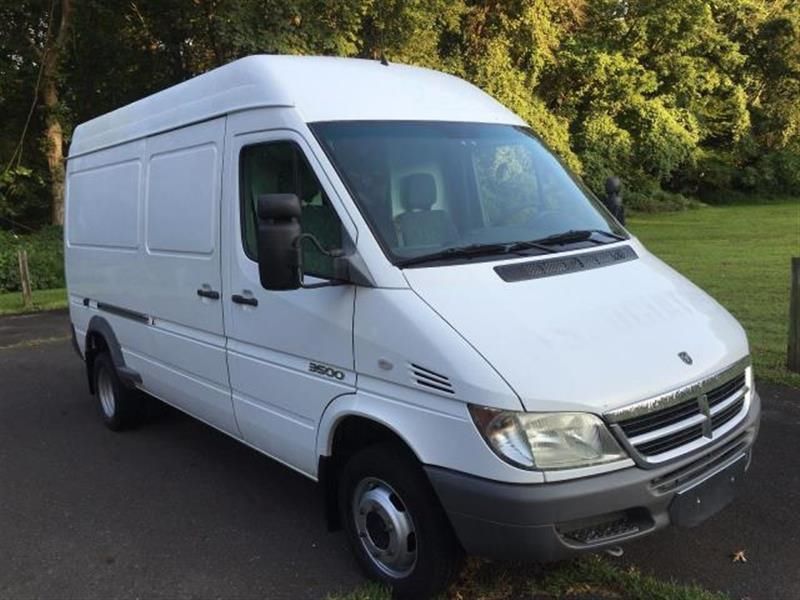 No call please. e-Mail : detrapottsme@mail.com Up for sale 2004 Dodge Sprinter 2500 high top 140 Wheel base! Car has 151000 mlon it and runs like new! This is ONE owner accident free clean title vehicle.Engine and transmission works very good and suspension is also in goodcondition. Car has 4wheel Anti-Brake System (ABS ) This Sprinter has 2.7L L5DOHC 20V TURBO DIESEL ENGINE with 5 speed automatic overdrive transmission whichgives you good mileage per gallon on the highway and in city. Van is in verygood condition and runs great. No warning lights on the dash board, no issues.Truck has couple rusty spots that was touched up. Stain on the seat is just awater. Hood is polished and cleaned from the sign so you not gonna have it whenyou purchase the truck. Truck was used at some plumbing company. 2 inner tiresare needs to be changed all other 4 tires are in excellent condition. Locks arenot working except driver side so needs to be locked manually.