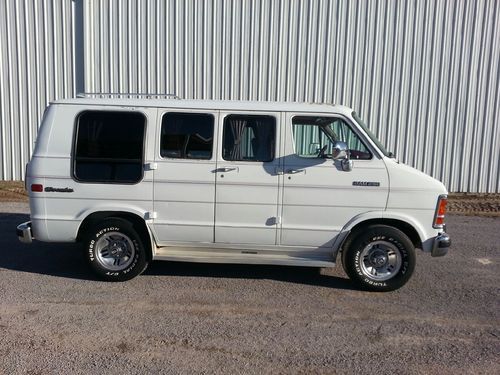 Got a Ram250 conv,, van towing packaged very nice in side and we'll takin care of outside just put a alternator as we'll plugs pretty much  Maintenance over all,ac blows cold,run very smooth,fuel stabilizer,this van need a new home great for long trips 4 captain chairs they swivel and back bench makes into a bed have anymore question e mail me ijr_pena@yahoo.com jr also i do have it listed for sale locally I have the right to take it off e bay with out notice thks