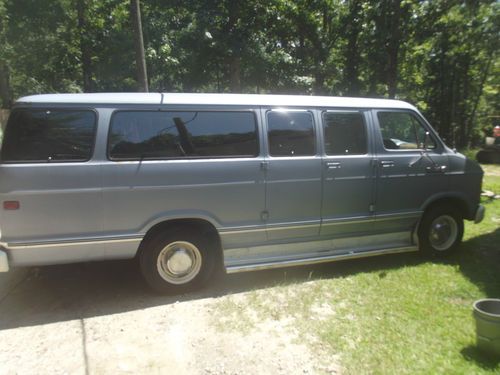 Condition: Used: A vehicle is considered used if it has been registered and issued a title. Used vehicles have had at least one previous owner. The condition of the exterior, interior and engine can vary depending on the vehicle's history. See the seller's listing for full details and description of any imperfections. ...
Dodge Van
81k miles
No rips, no tares in seats, Van was kept under shed since new. It has been owned by 2 churches. has all seats, v8 engine, seat belts through out. tires like new.
Van looks like new inside and out.
not a dent in the van
We are upgrading to Newer Buses
If you have any questions feel free to contact me.
864-992-7965