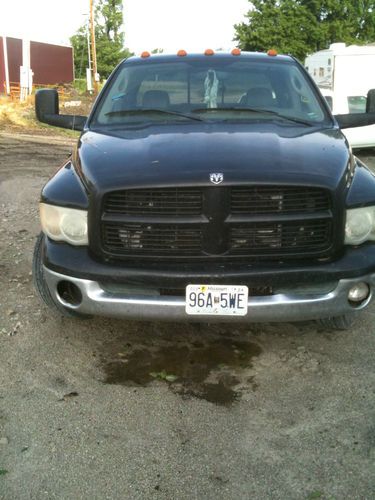 This truck has a good Rear End, Good Tires, Good Tranny, Good Body, Loaded!!! BMW turn over ball with both types of trailer plugs equipped with brake box and Leather interior Power windows, locks, cruise control, 6 speed manual transmission. Motor does not run and dash is cracked this truck is perfect for someone that has the motor and needs a chassis and body. I am not a mechanic so I cant tell you whats wrong with it exactly, someone checked out the injectors and said that is what the problem is but I haven't had the money to pay for a new set of injectors. I have a set price but I am open to offers. you will need to figure out something for shipping. please don't be afraid to ask questions or shoot me an offer. the truck will not leave my property until the bank accepts payment. sorry not to be a pain just cautious.