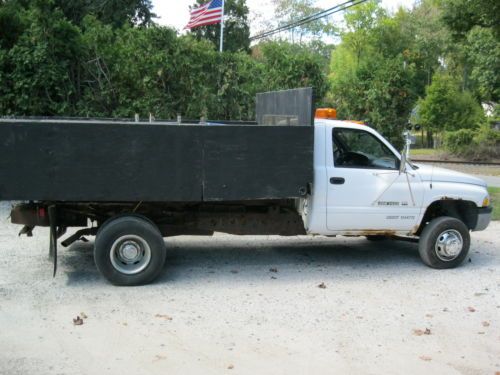 Dodge Ram 3500 (year-2000)  Engine runs.  This vehicle can be used for the engine or the interior /exterior cab parts.  The bed is completely rusted out and frame is quite rusted at the very back but seems solid the rest of the way.  This vehicle will drive, however due to the rusted bed and bald tires it can only by taken away by a flat bed.  Tie downs would be needed for bed to insure safe transport.

Vehicle is sold where is, as is.
If you have any questions please ask.