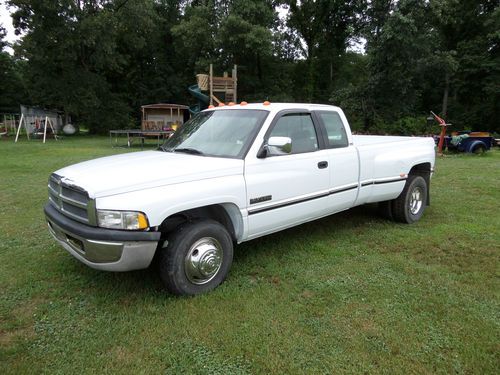 1995 dodge 3500 trans rebuilt last year.Volume on radio has to be turned several times to change volume.Blower motor makes noise sometimes when first turned on.Front rotor on passenger side needs to be turned,new front pads included with truck.Fuel gauge shows empty after first ten gallons or so have been used.I believe every thing else works as it should.Cold A/C. Bed has a hole in front floor where someone had a stack at some time.  Would make good work truck.I would suggest as with any vehicle you come look and drive before buying.May consider partial trades.Let me know.All I can do is say no.