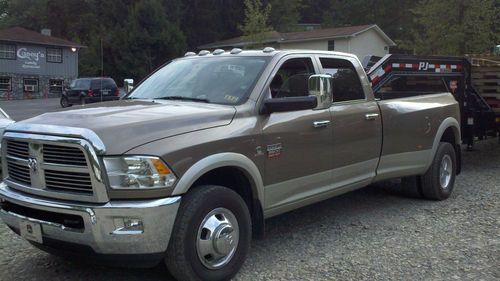 Condition: UsedA vehicle is considered used if it has been registered and issued a title. Used vehicles have had at least one previous owner. The condition of the exterior, interior and engine can vary depending on the vehicle's history. See the seller's listing for full details and description of any imperfections.Seller Notes:"The exterior of the truck is the same as new with now issues with the paint or the body. There is no rust anywhere on the truck, including the underneath. The interior of the truck is the same. With no problems or damage anywhere in the interior. The only issue as far as the interior goes, is the sunroof. I accidentally knocked it off the track just a few weeks after I purchased the truck. I never saw it as a necessity, so I closed it and never used it again. It shuts, and does not leak, however, it will not open properly. Other than that, there are no other issues with the interior, other than the GPS needs to be updated due to the fact that the truck is a 2010, and I have always used a windshield mount GPS. All the electronic extras work perfectly inside the cab."

This is a 2010 Dodge Ram 3500 Laramie with a 4 Door Crew Cab.  It has an eight foot bed with a B&W hitch installed that can house a gooseneck ball as well as a 5th wheel hitch.  I installed an additional trailer plug in the bed for easy hook-up to trailers that couple in the bed.  There is also two plugs on the bumper of the truck.  The paint on the truck looks the same as new as well as the interior.  The only issue with the exterior of the truck is a very small dent in the rear bumper that I just put there a few weeks ago hooking up to my 16 foot bumper pull trailer.  There are a lot of extras that have been installed on this truck by a certified mechanic in my area.  The extras include, and H&S MiniMaxx engine tuner w/ head screen, Dual Disc South Bend Clutch, High Torque rear drive shaft, air bags under the rear suspension with air hookups mounted at rear of the truck,  custom designed head bolts and new head gasket for supporting higher engine pressure, exhaust temperature gauge, high torque universal joints, larger rear end housing to promote cooler temperatures, heavy duty B&W hitch system in bed, and a spray in bed liner.  This truck has been set up to work and haul, along with riding in comfort.  I am the second owner of this truck and was purchased in North Carolina.  This truck has been well maintained and taken care of since I have owned it.  Cleanliness and maintenance are my main priorities.  The truck right now has a fairly new turbo that has been installed by a Dodge dealer just this past February.  The oil and all other fluids have been changed according to good maintenance practices.  I have used this truck for what it is designed meaning that I used it to pull with.  I ran it over-the-road in a hotshot expedited freight service capacity for the past few years.   It was used over-the-road only and was never hauling materials off road.  I pulled a 50 foot PJ Gooseneck trailer with it all over the country and mainly in the southeast.  I dropped this truck out of service due to the fact that it was my personal truck as well, and I had purchased a road tractor to haul with.  My original plan was to keep this truck until I, or it died.  However, I realize that I have no use for a truck like this sitting in my driveway.  I no longer own that goosneck trailer, nor do I plan to put this truck back on the road again.  This is an excellent truck that will presumably run for as long as you want, and will be able to do whatever you need it to.