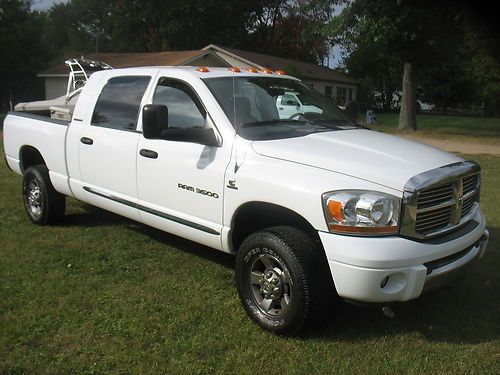 I am one owner on this truck. It's in very good condition, maybe even excellent. The outside is 90% perfect, has a couple small dings and couple small scratches. Interior is 95% perfect, Had small scratch on side of center console and drivers bucket seat has a little wear. All seats are near perfect, no tears or rips in leather, has had seat covers on 75% of its life. It's a Laramie model, which includes heated seats, power drivers and passenger seat, power and heated mirrors , sirius radio, power rear slider, bedliner, brake controller, bed rail protectors, hand controls on steering wheel, auto dimming mirror. I have had brakes, ball joints and u-joints changed recently. Tires are all terrain and 60% life left in them.