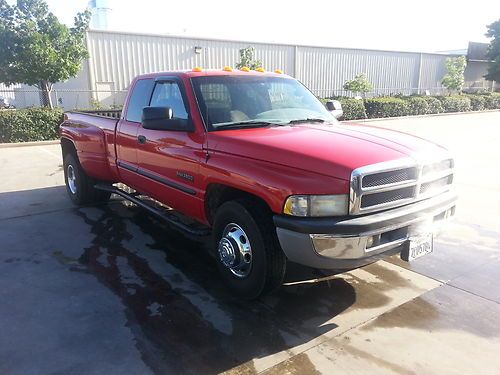 Hello I'm selling my 01 Dodge Ram 3500 with 215k, i bought it a few months ago with intentions to use the truck. Unforunatley thats not the case. I seldom use it to be honest I love this truck and hate to let  it go. Truck has been well cared for as you can tell in the pictures, Minor blemishes only. This truck is the SLT LARAMINE fully equipped with the cummins diesel. No issues at all what so ever. Great paint and interior Truck has gooseneck adapter in bed of truck with plug fully functional. AC works and blows super cold. favorite optional that most these trucks of this year dont have is EXHAUST BRAKE. I've only used it to pick up bales of hay and tow around a single car trailer. Never abused. Come see for yourself. Call for more information 209-751-6504