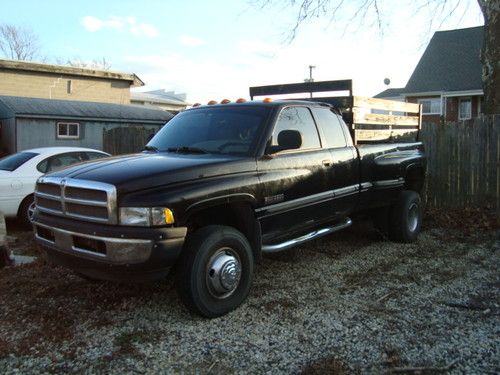 This is a 1999 Dodge 4 wheel drive, dually truck, cummins diesel engine, automatic transmission, Air Cond., runs strong, black exterior and tan leather interior. Runs strong. The tires on this truck are like new (see photos). This truck has a small transmission leak. This vehicle was impounded by the police department and is up for auction. It was not claimed by the owner. If you have any other questions please call 609-481-2238 and leave a message.