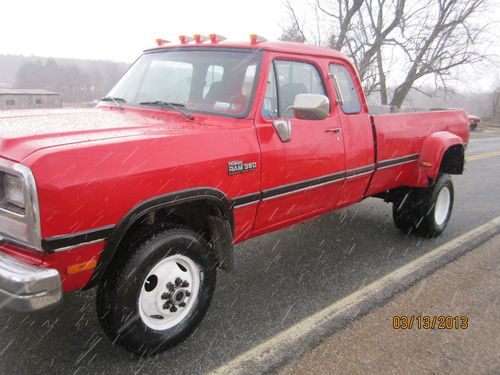 This truck has many NEW parts including:
PCM Computer
5" Turbo Exhaust
Rebuilt Starter
Steering Gearbox
Power Steering Hoses
Front Tires ( rear tires 80% new )
Brake Lines
Brake Rotors and Calipers
Fifth Wheel Rails
Newer Radiator
Transmission Fluid Change
Oil Change
Fuel Filter Change
Air Filter Change
Antifreeze Change
I just had new truck seats installed to make this Truck a 6 seater. I have invested over 8500, she will make someone a nice truck.  The only things that may be wrong are the overdrive seems to have quit working, not sure if it is something serious or simple. Transmission works great other then that, I have been driving it around. It needs a brake power booster installed I may even have a used one I could let go with the truck. The turn signal switch is going bad and seems to work when it feels like it so that may need changed eventually.  If you have any questions send me a message.  Truck is being sold AS IS, must be paid for with CASH ONLY!!