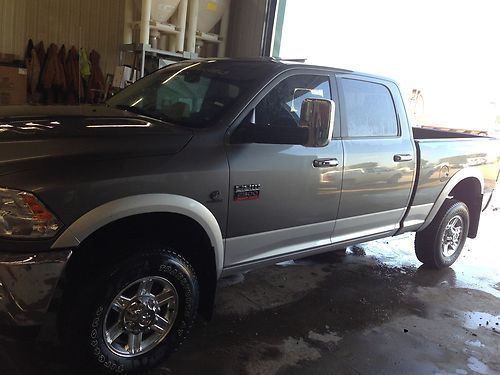 Condition: Used: A vehicle is considered used if it has been registered and issued a title. Used vehicles have had at least one previous owner. The condition of the exterior, interior and engine can vary depending on the vehicle's history. See the seller's listing for full details and description of any imperfections. ...
2012 2500 6.7 Cummins
Laramie package
High output turbo diesel
Heated/cooled seats
In dash DVD player with nav.
Sunroof
Sliding rear window
Extras:
H and S mini maxx
5" exhaust
Sinister Diesel egr delete
Airaid cold air intake
upgraded transmission
Mud flaps with CUMMINS stamped in chrome