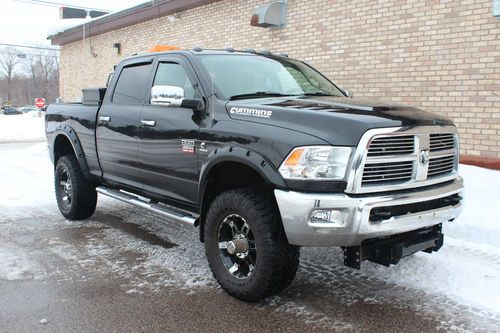 Up for auction is my 2010 Dodge Ram 2500 cummins diesel. I'm the original owner. Truck as never been SMOKED in or OFFROADED. The plow was installed this year professionally and only used a few times to clear a small lot.
I've invested a good deal of money into this truck to make it bullet prove And it is. Any question please call 190620292 Nine Nine

I have high quality video of the truck running message me your email address for the links.

Wheels and tires are like new! Only 1k miles on them.
Truck comes with the 9' "6 BOSS V-plow.