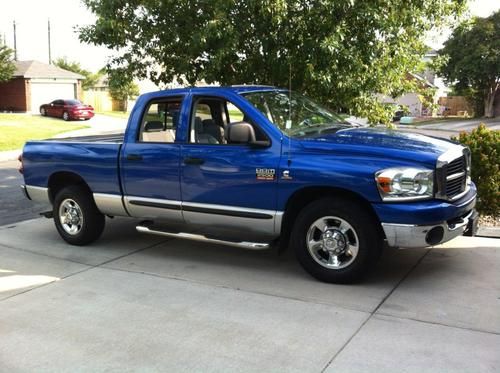 Condition: UsedA vehicle is considered used if it has been registered and issued a title. Used vehicles have had at least one previous owner. The condition of the exterior, interior and engine can vary depending on the vehicle's history. See the seller's listing for full details and description of any imperfections.Seller Notes:"am selling my 2007 Dodge Ram Cummins Turbodiesel- 5.7 Liter Cummins Turbo Diesel Engine- 89.000 Miles- Well Maintained - Records available- Texas Lone Star Edition- Power Moon-Roof- Power Windows- Power Locks- Power Seats- CD-Changer- Well Equipped!- Rhino-Bed-liner- Locking Tailgate- Towing PackageContact me for a test drive!Greetings,Mark"