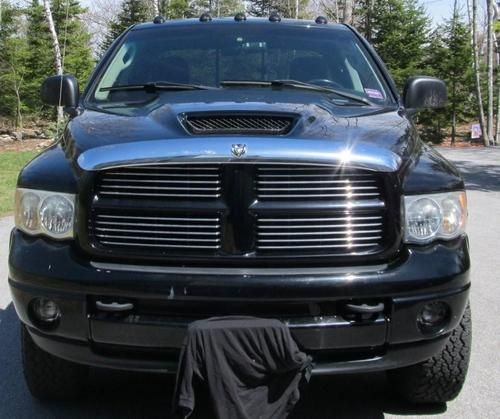 Selling my 2003 Ram 2500 due to personal reasons. This has been a very dependable vehicle. All typical mopar issues have been taken care of to include the entire front end, steering box, heater core, shocks, transmission flush, new tires, and used only synthetic oil. Truck is for sale locally so I reserve the right to end sale early. I will not ship but will work with the winning bidder on local pick-up or meeting within 100 miles of my location. Vehicle is loaded and comes with an additional set of rims and tires. Vehicle is well below KBB pricing.


Being sold as is with no implied warranty. There are no known issues with this vehicle.