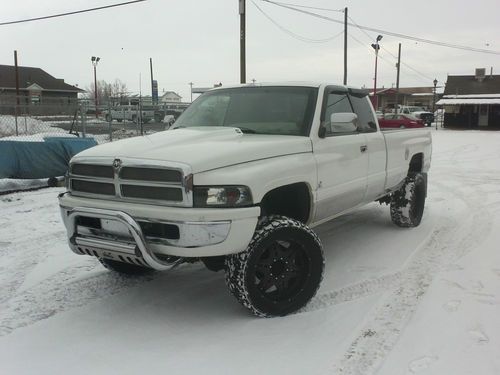 Hello I am selling a 1996 Dodge Ram 2500 4x4 Cummins turbo diesel. The truck has a ton of aftermarket parts on it.

The truck exterior is in fair condition there is a little bit of rust starting to show up on it. Also on the driver side back quarter panel there is a dent where a blow out happened Truck will need new tires. Front bumper and the top of the cab need new paint. Interior is in good condition. seats are clean with the only wear on the driver side. Engine does have a slight oil leak. Not really sure where from. The truck is really just in need of someone to put the finishing touches on it. I am selling it cause I have too many projects now. Truck is for sale locally so I reserve the right to sell outside of ebay. Any questions just let know.