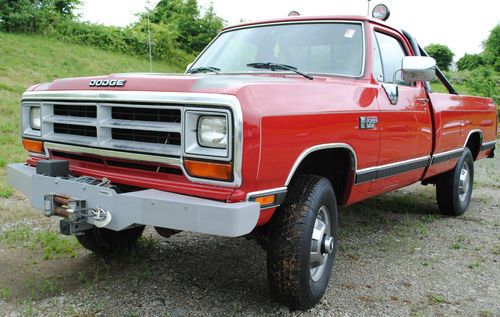 This listing is a 90 dodge ram d250 with a cummins diesel engine with only 67839 miles on it. The exterior is red with some inperfections. It has a dent on the tailgate and needs the hood painted. The drivers seat has a rip in it. AC works. The radio is not working. The truck has a cracked windshield. The truck is described a best as possible. Please see pictures for more detail. If you are a md resident it will need to be md inspected.