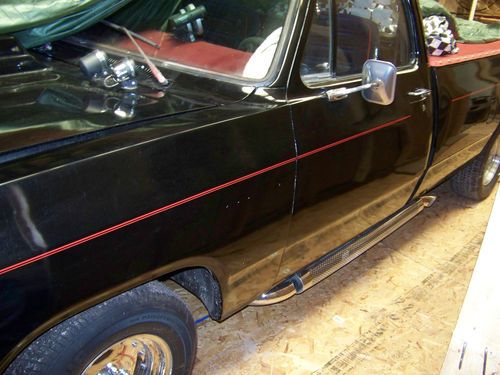 Up for sale is a very Nice Big Block 383 Mopar with the 727 tranny,has crager rims,paint is about 5 years old,bucket seats from road runner,this was a cailf truck that purchased there and brought back here,which means no rust as its been garage kept,has a bored engine with a mild cam,headers,dual exhaust,needs the speedo reconnected and some newer gauge upgrades,will come with a posi-locker if wanted,,,The engine can be also used for your Road Runner or Charger Project! Thanks for looking!