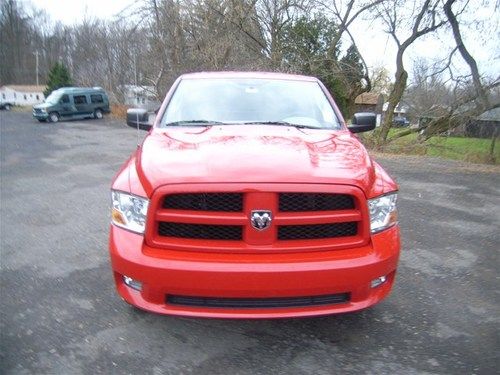 This is a great truck and only has 3,644 miles. That's right it's not a mistake.

Truck is well cared for and has had no accidents.

Truck has cylinder deactivation so great MPG can be achieved and  gobs of power when needed to pass.

Please understand that this is the best truck I have ever owned. I am only selling it because I have a chance to start a business and I need to eliminate debt and raise capital.

Compare mileage and price on other trucks listed on this site and you'll see that mine is a rare chance to get a truck with a rare combination of options.

Please feel free to call or e-mail me with any and all questions.

Prompt payment is appreciated and it will help you obtain the title that much faster.

I will do what I can to help your shipper pick up the truck but "you" are responsible for all charges and arrangements.

Note: The truck will "not" be released to anyone until your payment in full clears my bank.
Note: My bank requires 7 - 14 days to process the release of title. Depending on holidays, weekends... etc.
Note: The mileage on the odometer will continue to increase slightly until sale. I still need to drive it a bit, but no long trips.