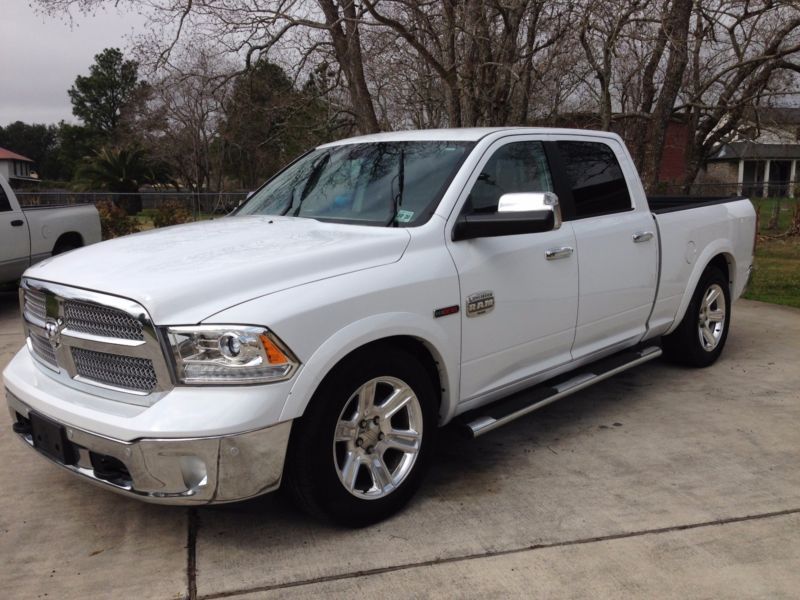 If you have any questions feel free to email me at: martamsschmautz@uklandlords.com .

Hi, up for sale is a 2016 Dodge Ram 1500 Longhorn 3.0 EcoDiesel. It has 16,051 original miles and automatic
transmission with 4x4. It comes fully loaded with all power options, heated and air conditioned seats, heated
steering wheel, 20 inch wheels, premium sound system, sunroof, side steps, bed liner, trailer brake controller,
traction control and everything else you can think of.