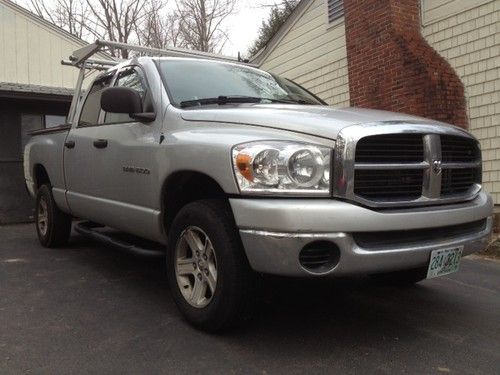 Condition: Used: A vehicle is considered used if it has been registered and issued a title. Used vehicles have had at least one previous owner. The condition of the exterior, interior and engine can vary depending on the vehicle's history. See the seller's listing for full details and description of any imperfections. ...
Great Truck
Runs Excellent
Motor and Transmission 100%
Registered and Just Passed NH Inspection in December
No Check Engine lights or any other lights on
Tires are in Good Shape about 80% Tread Left
The Rack is included
I have the Clean title in hand
I just Had the oil Changed this week
There are a couple Minor dings and dents around the bed area. (nothing major)
Please let me know if you have any questions
CALL or TXT
603-651-8785
(TXT Preferred)