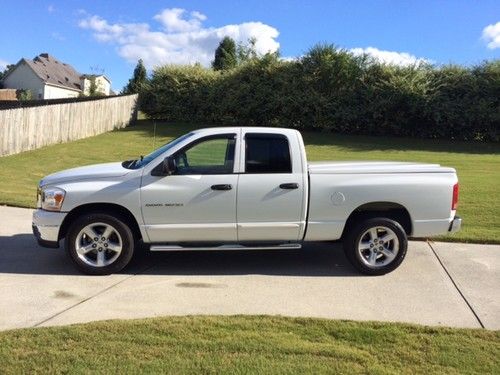 Condition: UsedA vehicle is considered used if it has been registered and issued a title. Used vehicles have had at least one previous owner. The condition of the exterior, interior and engine can vary depending on the vehicle's history. See the seller's listing for full details and description of any imperfections.Seller Notes:"Minor wear and tare. No significant dents or scratched to report."

2006 Dodge Ram 1500 SLT ThunderRoad edition.  This truck has only 40K miles and is priced to sell!  Please see the following options included on this Dodge Ram:
If you have any questions please feel free to message me through ebay motors and I'll get right back to you.
Please Note:  I reserve the right to end this auction early if the vehicle sells locally.
Buyer is responsible for shipping and/or pickup.