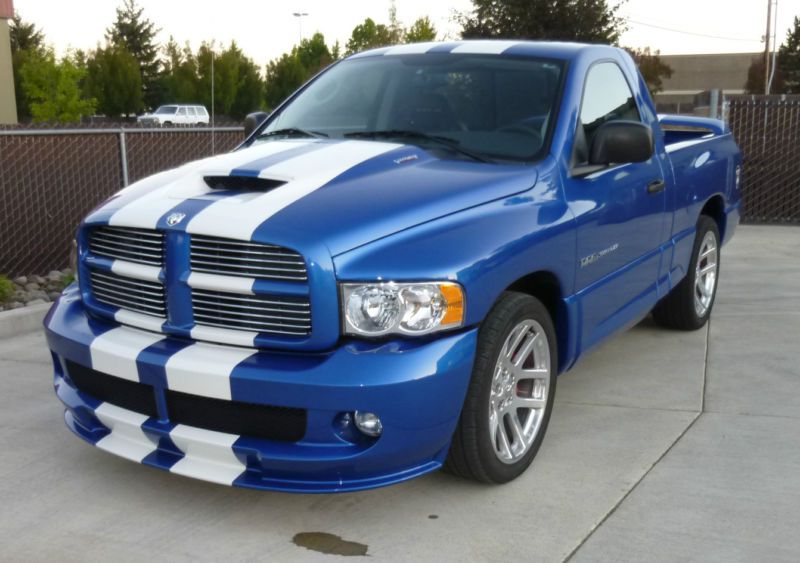 Very Rare VCA (Viper Club of America) Special Edition - Only 50 produced
Released at the 2004 Daytona Motor Speedway Race in February 2004. Its paint scheme was the only Electric Blue with
white stripes SRT 10 built. Engine and dash signed by Wolfgang Bernhard, Chrysler Group's former Chief Operating
Officer. All trucks taken to Daytona 500 and driven around track and signed, then delivered to owner. Will make
great piece for a Dodge or Viper collector. These VCA trucks be most collectable of all Dodge Ram 1500 SRT 10
Trucks produced.
This is #30 truck of ONLY 50 produced with only 687 actual miles.