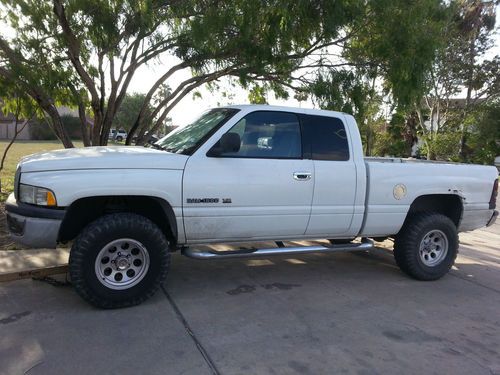 Condition: UsedA vehicle is considered used if it has been registered and issued a title. Used vehicles have had at least one previous owner. The condition of the exterior, interior and engine can vary depending on the vehicle's history. See the seller's listing for full details and description of any imperfections.Seller Notes:"Truck has minor scratches and dents, it has a major dent on the back side of the bed, driver side. This dent is about a foot in lenght. Has about 90% life on the tires. The truck is also factory lifted it is not your average truck height. This is why it has side row bars, so you can step in to the truck. The A/C works well and is very cold."