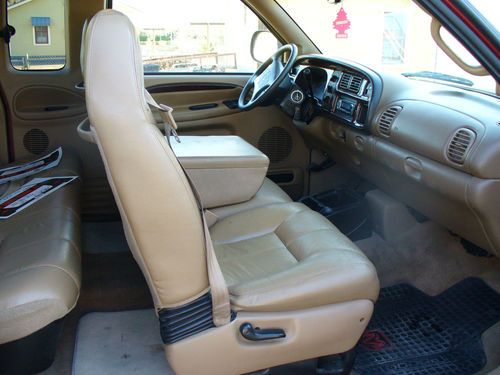 Condition: UsedA vehicle is considered used if it has been registered and issued a title. Used vehicles have had at least one previous owner. The condition of the exterior, interior and engine can vary depending on the vehicle's history. See the seller's listing for full details and description of any imperfections.Seller Notes:"Used vehicle normal wear and tear"

1999 Dodge 1500 SLT Ram Club Cab pickup truck. Fully loaded including leather seats, outside heated mirrors, trailer package, sliding back window. bed liner. The truck is in good shape runs good.  The driver's seat has a tear in it but probably can be repaired.  Everything works.  I bought the truck used I'm not the original owner.  Full payment required within 10 days of auction close.  Buyer responsible for vehicle pick-up or shipping.