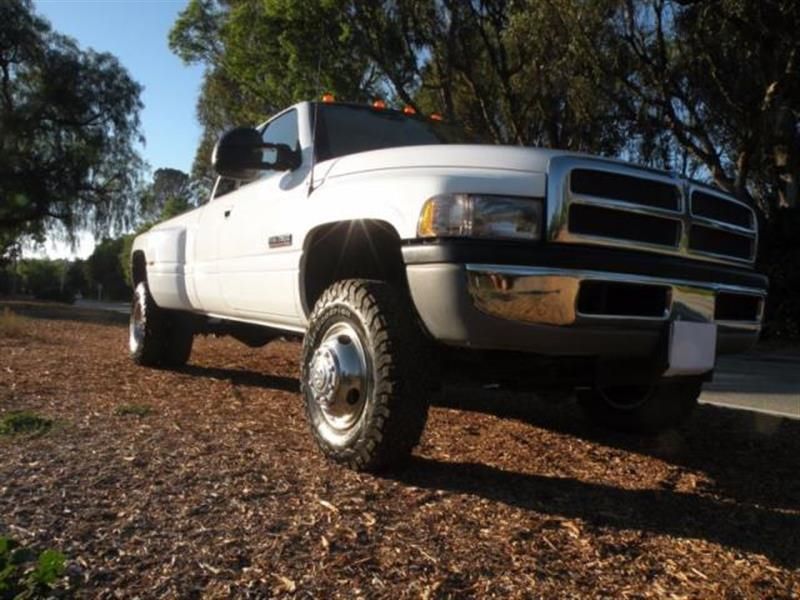 Send me questions at : kam94frg@coolsite.net 1997 Dodge 3500 4x4 With Legendary 12 Valve Cummins Diesel. Only 122,550Original Miles On This Beauty. It Has A 3.54 Gear Ratio. No Rust Or OilLeaks.this Truck Has Never Let Me Down. Ive Been Meticulious On My Maintenence IRegulary Change The Oil Every 3,000 I Always Ran Shell Rotella T,and Used A NapaGold Oil Filter As Well. The Fuel Filter Were Changed Regularly At 10,000 MilesUsing Only Napa Fuel Filters. All My Belts And Hoses Are The Gates Brand. RepairWork I Bought The Truck With 85,000 Original Miles. The Previous Owner InstalledA Super Heavy Duty $5100 Transmission With A High End Torque Converter You CanReference The Pictures To See The Actual Receipt. I