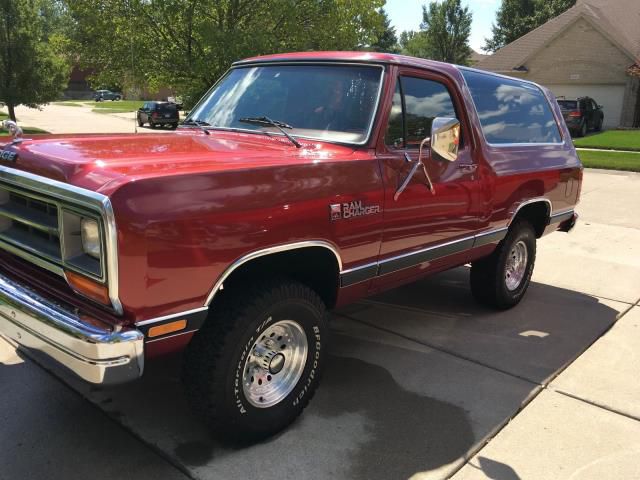 1987 Ramcharger 150 LE 21295 original miles. Vehicle is in very good condition.It was repainted the same factory color about 5 years ago. Original paint wasbeginning to fade. The trucks body is in excellent condition. Air, tilt, cruise,power windows, power locks, 4x4. Wheels and tires are not original. Truck is a1987 and does have some minor imperfections.