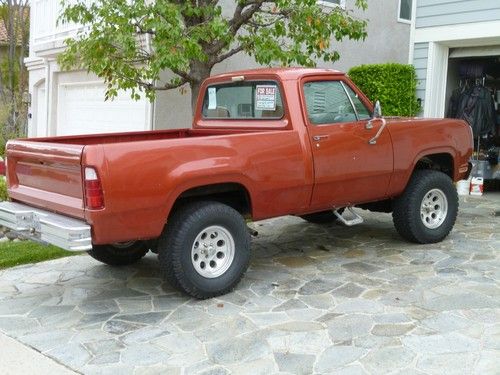 1977 Dodge Powerwagon 360CI, runs great. Low 91000 miles. Newer Paint, interior and suspension. Baja Style tires and wheels. Lifted. comes with crash bar and lights. Not perfect, but it is for the year! First good offer gets this mopar gem. Call Ron at 1-818-703-1781. Will Trade, make offer and I will listen. Email me here.