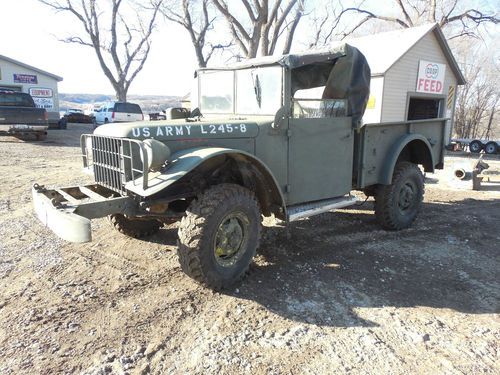 VERY SOLID RUST FREE X MILITARY X FIRETRUCK  4X4, MININAL OPTIONS  I KNOW VERY LITTLE ABOUT THESE TRUCKS  HELPING A FRIEND SELL IT  IT RUNS GREAT STOPS HORRIBLE BUT IT IS RUST FREE AND WILL GO ANY WHERE  PLEASE CALL 712 456 2158  COMES WITH EXTRA FENDERS AND FULL TOP  this truck has brand new tires  and comes with a new master cylinder