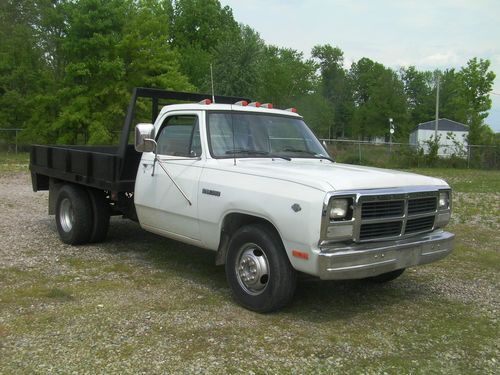 Nice 1992 Dodge runs strong and drives out good,very quiet riding tight suspension,it's ready for immediate use,please see pictures and video prior to bidding,if you have less than 5 feedback score ask before bidding or I'll remove you and your bid for good,I'm not a fan of ebay game player's so let's keep it real. This is a used truck being sold as is where is to the highest bidder with no warranty,if you want to see the truck no problem just let me know. Don't bid if you are not satisfied with the listings description or have not made arrangements to see it prior to bidding,once the auction ends the high bidder owns it and there will be no after auction joy ride, just cash to my hands and a clear title to your's.The truck is for sale locally so the auction may be ended early,it's first come first serve I need vacation money!