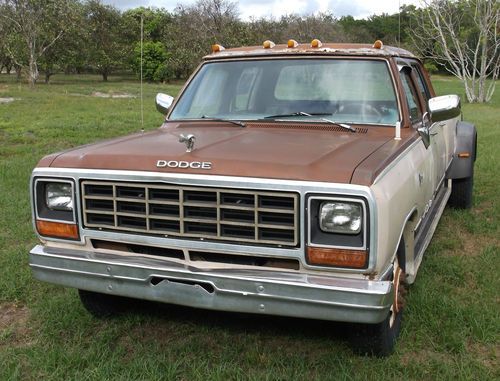 1984 DODGE CREW CAB 1 TON DULLY THE MOTOR 360 WAS OVERHAULED LESS THAN THIRTY THOUSAND MILES AGO, ADDED A NEW CLUTCH AND THROW OUT BEARING AT THIS TIME 4 SPEED TRAN..

UP DATE NEW ITEMS LESS THAN 3000 MILES AGO