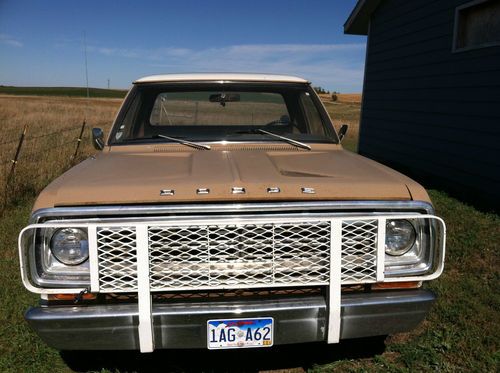 Condition: UsedA vehicle is considered used if it has been registered and issued a title. Used vehicles have had at least one previous owner. The condition of the exterior, interior and engine can vary depending on the vehicle's history. See the seller's listing for full details and description of any imperfections.Seller Notes:"Has some rust and dents/ scratches. Missing tailgate. Needs TLC"

This truck was used mainly on the farm. Has some rust, mainly on rear wheel wells. This trucks needs TLC and is all factory with the exception of a core heater installed and carburetor rebuilt a few years ago. The gas tank needs to be replaced or cleaned out as it has rust in it and it will clog the fuel filter after running a few miles. Missing tailgate. Truck bed had steel installed to reinforce and protect it from hauling. This was done soon after initial purchase in 73.