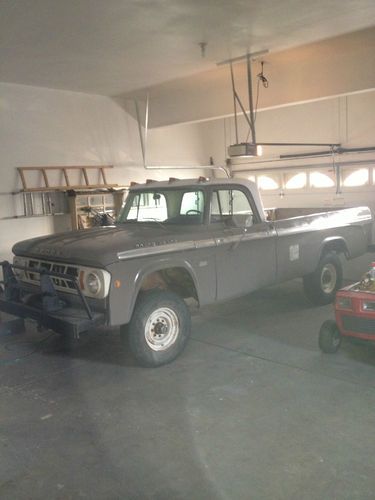 68 Dodge 3/4 ton 4x4 newer 318 engine with 4 speed trans with granny low. Had been sitting for years, so runs great but does have rust. One of locking hubs not working but transfer case and all power train parts are working good. No power steering or power brakes, but a good daily driver.  This is a great truck that is getting harder to find. 68 is the best year Power Wagon.  Call Sterling @ (801) 636-2829 for any question or more pictures