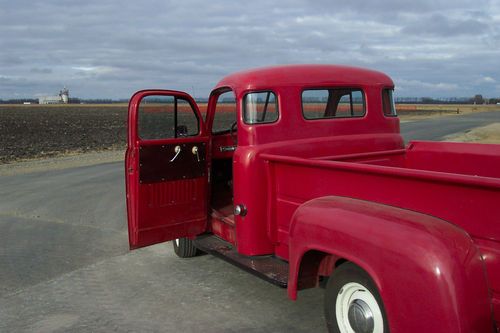 1953 Dodge Pickup.  I purchased this from the second owner who bought it from an auto repair garage in Alabama.  He restored it to original in the 70's.  As far as I know, it has not spent too much time outside.  It does have one tiny rust area (quarter size) on the bottom front right door.  Otherwise it is excellent, very good paint on the frame and very little frame rust.  The engine does burn a slight amount of oil but runs out nice.  I did have the carb rebuilt and the fuel tank religned.  It needs some brake work, the right front cylinder leaks.  Overall very, very nice! I don't know where you could find a better one?  The pictures were taken last summer,they might say 2002 because I used an old digital camera.  Cash on pickup or certified check before I will release the vehicle. Buyer is responsible for shipping.