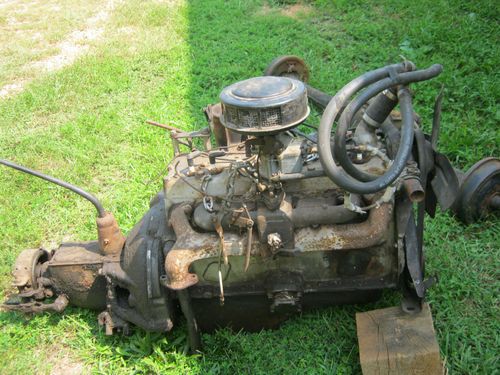 What we have here is a 1937-39 complete drive train. The motor is a flat head six, it is NOT froze up. Manual tranny with emergency brake. Motor is complete. Has complete steering wheel and column, four tires and wheels. Tires are 5.25/5.50-17 4ply. Everything you need except a body! A wonderful; project. Everything can be seen in the pics, but if you have any questions, please ask PRIOR to bidding. Will deliver for a reasonable fee. Thanks for looking and happy bidding!