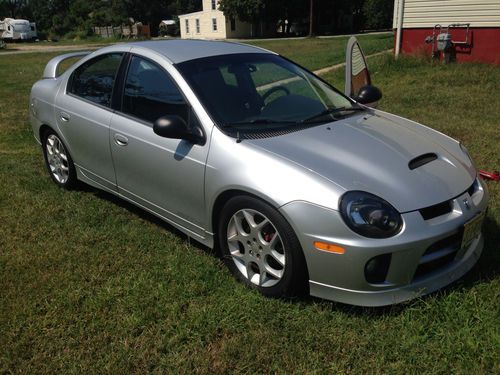 Condition: Used: A vehicle is considered used if it has been registered and issued a title. Used vehicles have had at least one previous owner. The condition of the exterior, interior and engine can vary depending on the vehicle's history. See the seller's listing for full details and description of any imperfections. ...
CAR HAS A SALVAGE TITLE. 2004 Srt-4 Neon with almost 142k miles will go up because its my daily driver. Timing belt and water pump done with cam seals,cam sensor, crank position sensor and cam magnet, valve cover,intake manifold and throttle body gasket changed. walbro 255 fuel pump installed. Clutch changed to a act 6 puck clutch with light weight flywheel and newer transmission. Brand new wheel bearing with hubs and the list goes on with what has been replaced.
Bad
The car has a small rough idle.
I have a video of the car running if you would like to see it let me know.