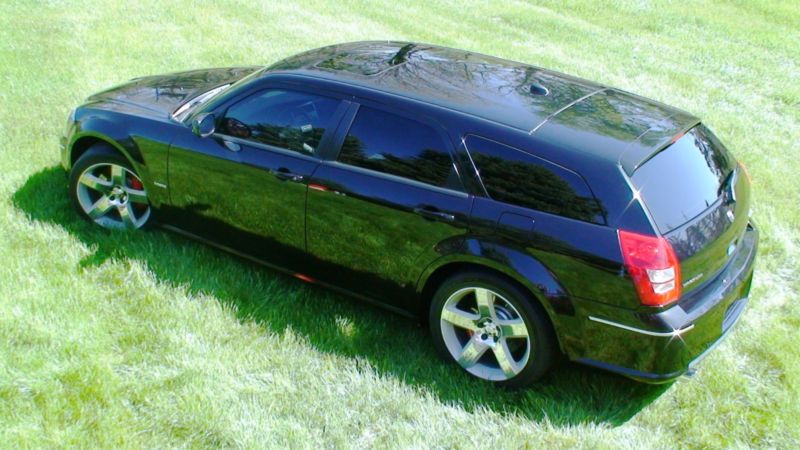 If you have any questions feel free to email: tulatbbillips@tenup.com .

2006 Dodge Magnum SRT8
Only 13,450 miles
Original Owner
Never Seen Snow, Water only when washed
6.1L SRT Hemi SMPI V8 Engine
SRT Option Group I
SRT Option Group II
SRT Option Group III
Power Sunroof
Car Cover
Lloyd Floor Mats (Complete)
The Magnum SRT8 is a very unique vehicle. Dodge manufactured this vehicle only for three years, and made less then
4,000 units during the three years (2006, 2007, 2008). One in three of all Magnum SRT8 produced were Brilliant
Black. Making this car 1 of roughly 1,300 ever made. Showroom New Condition. This is a very rare opportunity to own
a Magnum SRT 8 with the options and the super low mileage.