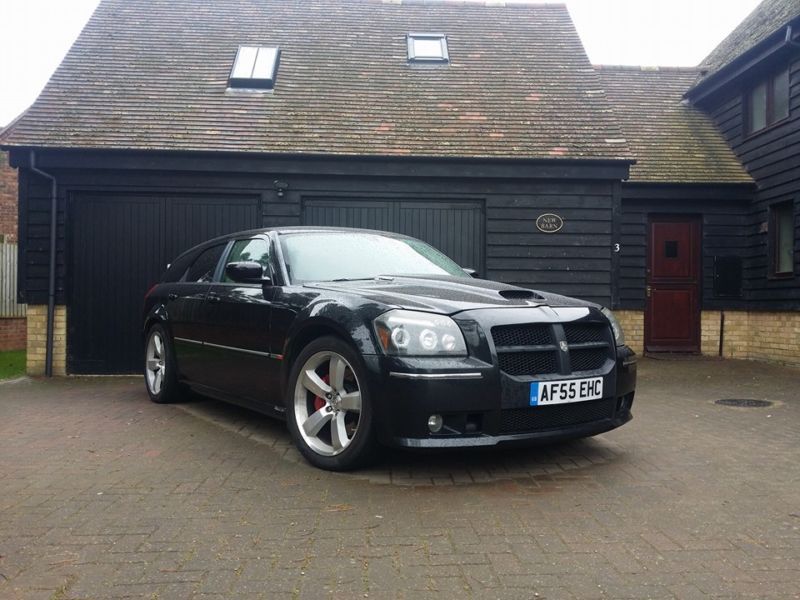 Send me an email at: cinderellacccutsinger@boyracer.net .

2006 Dodge Magnum SRT8 - 6.4L/392CI - 1142rwhp - Supercharged and Nitrous fed sleeper.
This is the ultimate wolf in sheep's clothing. Engineered to be driven on pump gas, run consistent 9's @ 145+ in
the 1/4 and have a top speed of 200+mph. It still gets 19 mpg and can sit in traffic all day without issue. Over
30K invested in upgrades. Many many hours spent custom tuning (diablosport / cmr software) with the best tuners in
the US to achieve a very drivable and dependable car that performs consistently on the open road and at the track.
While not a show car, it does present itself very well. New project underway so time to find a new home for this
unique build.
Power:
921rwhp @ 20 psi on pump gas
1142rwhp w/nitrous and race gas - See dyno pic
Performance:
1/4 - 9.5 @ 148 mph - see timeslip pic
0-60 2.8 seconds
19mpg on highway
Engine:
Newly rebuilt 6.4L / 392ci stroker motor from BES (refreshed w/1200 miles on it) - High Performance Drag Racing
Engines - BES Racing – BES Racing Engines