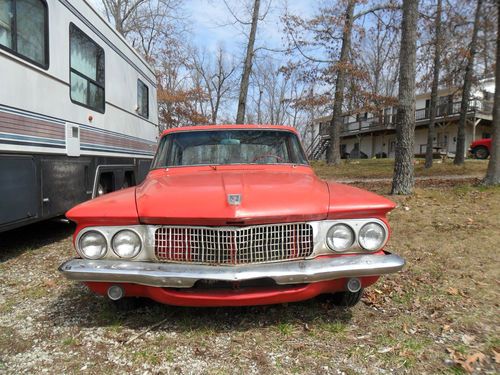 All original 1962 DODGE LANCER tower of power 225 slant 6 cyl, 3 speed auto, push button shifter on the dash.New tires,brakes,wheel cylinders, brakelines,mastercyl.,fuel pump, belts, and hoses. All glass is perfect, Interior is original, no tears, nice. Has a dent in left front fender, and crome gone from fender. Left rear wheel well has some rust, rear side has small amount of rust too. Left taillight has been broke and repaired. Paint is faded.The car runs and drives great. I am the 2nd owner. It was put in a barn back in 1988, until I found it last year. 500 deposit required 24 hours after sale closes. Any questions, send message I will respond.