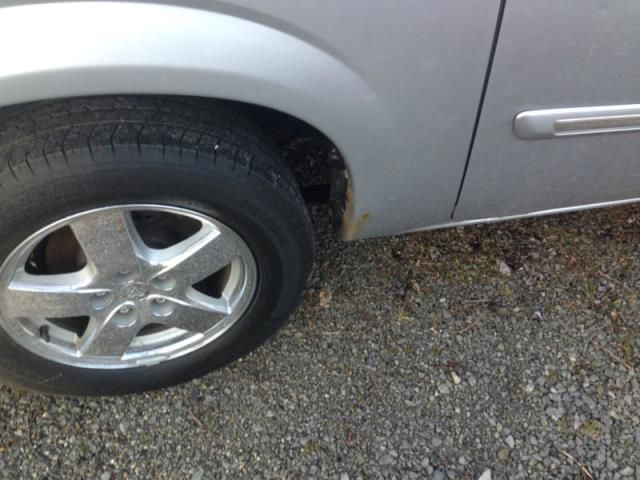 The van has rust spot in front of the passanger rear wheel well. The front driver seat has tears. There is some plastic broken under the front bumper as shown in the pictures. The vehicle has no major defects. I will answer any specific questions that anyone has.